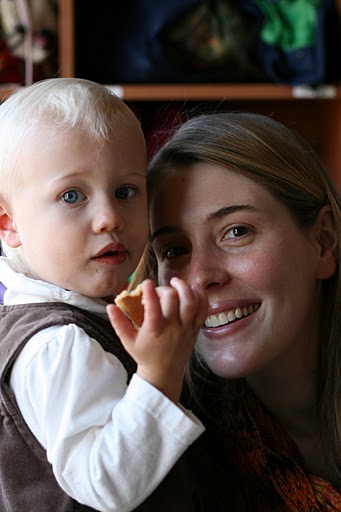 When You Can’t Pick Him Up

I have an almost-3yo and a 4-month-old. Since the baby has been born, my older son has been very demanding of me picking him up and carrying him everywhere. I tried saying “You are a big boy, you don’t need me to carry you,” but that didn’t work. Then I read that older children need to regress and not be made to feel bad by their parents for doing so, so I’ve been very accommodating since then, even though it’s been physically hard on me. Well, now I’ve ruptured a disc in my back, and the doctor says I can’t pick him up at all. How can I gently liberate my son from needing to be held? I don’t want to make him feel bad, but I really cannot carry him anymore. This is the WORST thing that could have happened.

Oh, what a hard situation for you! My heart goes out to you with your two little ones. With this new reality, how can your support your son when he wants to be picked up, but you can’t pick him up? To get some ideas, look behind the desire to be picked up. What needs does that meet? It seems to me, it meets his need for closeness, for connection, for knowing that he’s mama’s special boy. Does that seem right to you? If so, how can you meet those needs in a way that doesn’t injure you?

Here’s one idea: when he asks you to pick him up, you can re-frame it a little, addressing the underlying needs. “It sounds like you need a hug. Let me sit down so we can snuggle together.” then sit down and give him as much time on your lap as he needs. This will probably be unsatisfying to him at first, since it’s not being close AND getting to where you’re going, but that’s OK. “You wish I could carry you, but I can’t. I have a lap for you, instead.” Don’t get drawn into long explanations. It’s simply a new reality. “I love you so much, and I’ll snuggle with you as long as you want. When we’re done, we’ll walk downstairs together.” Give him hugs and play peekaboo or other touching games with him. When he climbs off, then you two can walk to where you’re going.

If he wants to be picked up when you’re busy (cooking, holding the baby, etc.), then say, “YES. I will finish chopping this pepper and then I will sit down for a snuggle.” Or, “YES. I will put the baby’s shirt on, I’ll put him down on his play-blanket, and then we’ll sit down for a snuggle. That way, you’re not pushing him away, but you’re also meeting your own needs. You’re saying yes, and letting him know what needs to happen so he can get his snuggle.

About telling him he’s a ‘big boy’ and should walk, I think you’re right that it’s not the best response. If I asked someone for support and connection, and they encouraged me to be more independent instead, I’d feel annoyed and disappointed too. You can’t push someone into being independent; instead, encourage independence when he displays it, to help it grow.

And good luck in this hard time! Take care of yourself and ask for the extra help that you will need, having a toddler and an infant and a ruptured disc. It truly takes a village.