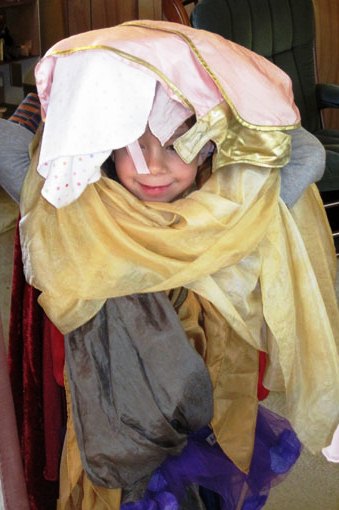 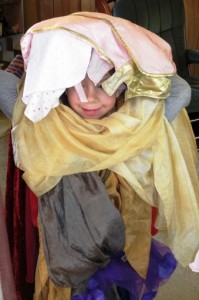 I have a 3yo boy in my play program who is a toy hoarder.  All of his play seems to consist of dumping out toys into a big pile and “protecting” them against anyone else that wants to play with them.  Talking to him about how others feel seems to be getting nowhere.  I’m feeling frustrated and I’d love some new ideas.

Dear Early Childhood Teacher,
Thanks for writing! I have had toy hoarders in my play program as well, and it can be extremely frustrating for everyone involved. Let me do a little brainstorming, and hopefully something can shift around a little for you guys.

Tap Into Your Compassion

With the children in my care, I know that part of my struggle was the meaning that I attributed to the actions of hoarding. In the privacy of my own mind, I thought of these children as stingy and controlling. It was clear to me that the two worst offenders in my care both had lots of instability at home: one with a new sibling, the other with parents going through a divorce. Still, the story going through my mind was something like, “Well, just because you don’t have any control at home, doesn’t mean that you can control everything and everyone while you’re here.” Then one day, I don’t know what happened, but something in me softened, and a new image came to me. I thought, “This little girl is fiercely protecting these toys, just as she wishes that someone were fiercely protecting her.” The thought of her trying to be the protector that she wished she had, pulled on my heart strings and allowed me to approach her in a different way. Instead of saying things like, “You have enough toys. You need to learn to share,” I changed my language and started saying, “You’re taking such good care of those toys. They’re lucky to have someone like you watching over them! Now, Aaron wants to play with the truck. He will take good care of it too, while he plays.” This change seemed to loosen something in her, too, and she was more able to let go of specific toys that other children asked for (with my help).

Present a New Image for Him

Imagery can be a wonderful tool to help shift children’s behavior. For example, there was a research project where preschool aged children were each asked to stand still for as long as they could. Half of the children were asked to do that in plain language, and half were told a story about being factory guards (the experiment was done in Russia in the ‘40s). Those who were given the image of being guards were able to stand still over three times as long as the others.

For your little boy, what image could help him let go of some of these toys? I’m thinking perhaps the image of the librarian, who keeps the books safe and sound at the library, but whenever someone comes who wants to read a book, the librarian helps them to find the types of books they might like, and lets them check them out. When the readers are done they bring the books back, and the librarian makes sure that they are in good shape and put back in the proper place. If your little boy could become the guardian of the toys, but helps others who want to “check them out,” then perhaps it could become a win-win situation. Perhaps your little boy could even help make sure that each toy is in its place when it’s returned!

Appeal to Rules Rather than Emotions

Finally, we wish that children would want to be generous, so our tendency is to explain and convince, explain and convince. However, when a child doesn’t want to do something, I find that explanations rarely change emotions. Instead, I find that clear Rules work better. At first a child may be very disappointed to have to follow those rules, but they learn to get over their disappointment and soon enough the rules are simply the way things are. It’s hard enough to give something up; it seems unfair that to insist that they have to like it as well. That can come with time.

At Rainbow Bridge, the general rule is that children can play with a given toy for as long as they want without having to give it up (see my post on Sharing and Taking Turns), but the exception to that rule is if a child has all of one type of toy. In that case, they need to give one up if requested; however, the child can choose which one they will give up. I would facilitate these interactions as much as needed. So if 3yo Anya had all of the play-silks, and 2.5yo Sappha wanted one, it might go something like this:

Sappha: I want a silk!

Me: It looks like Anya has all of them! Why don’t you ask her, ‘Can I have one, please?’

Sappha: Can I have one, please?

Anya: No, they’re all mine.

Me: You know the rule. You can choose one to give to Sappha.

Anya looks down at all of her silks, but is having trouble choosing one to give up.

Me: Will you offer her the pink one? Or the yellow one?

Anya picks those two up clutches them to her chest.

Me: If you can’t choose one, I’ll choose for you.

Anya knows that this is true, because it’s happened before. So she reluctantly picks up the green one and gives it to Sappha.

So, it wasn’t a gracious interaction, but it was acceptable. The next time (or the time after, or the time after that) I will hear a child asking Anya for a silk and I might be able to simply turn and watch, and she’ll see me watching and give one up. Eventually, it will simply be the way things are, and I won’t even have to be present at all.

One thing I’ve noticed is that every child has what I think of as his or her Stress Response. This is a type of behavior that they fall back on whenever things feel hard for them. Anya might respond to her house being renovated by hoarding toys, while little Timmy would respond by an increase in hitting, and Jordy might respond by increased potty accidents. Whatever a child’s stress response is, it can feel frustrating for the adults in his life, because we thought they had “gotten over” biting or hair grabbing or whatever their individual Stress Response might be. Instead of responding with frustration, let that behavior be like a watch-dog for you, to let you know that things are out-of-kilter for that child.