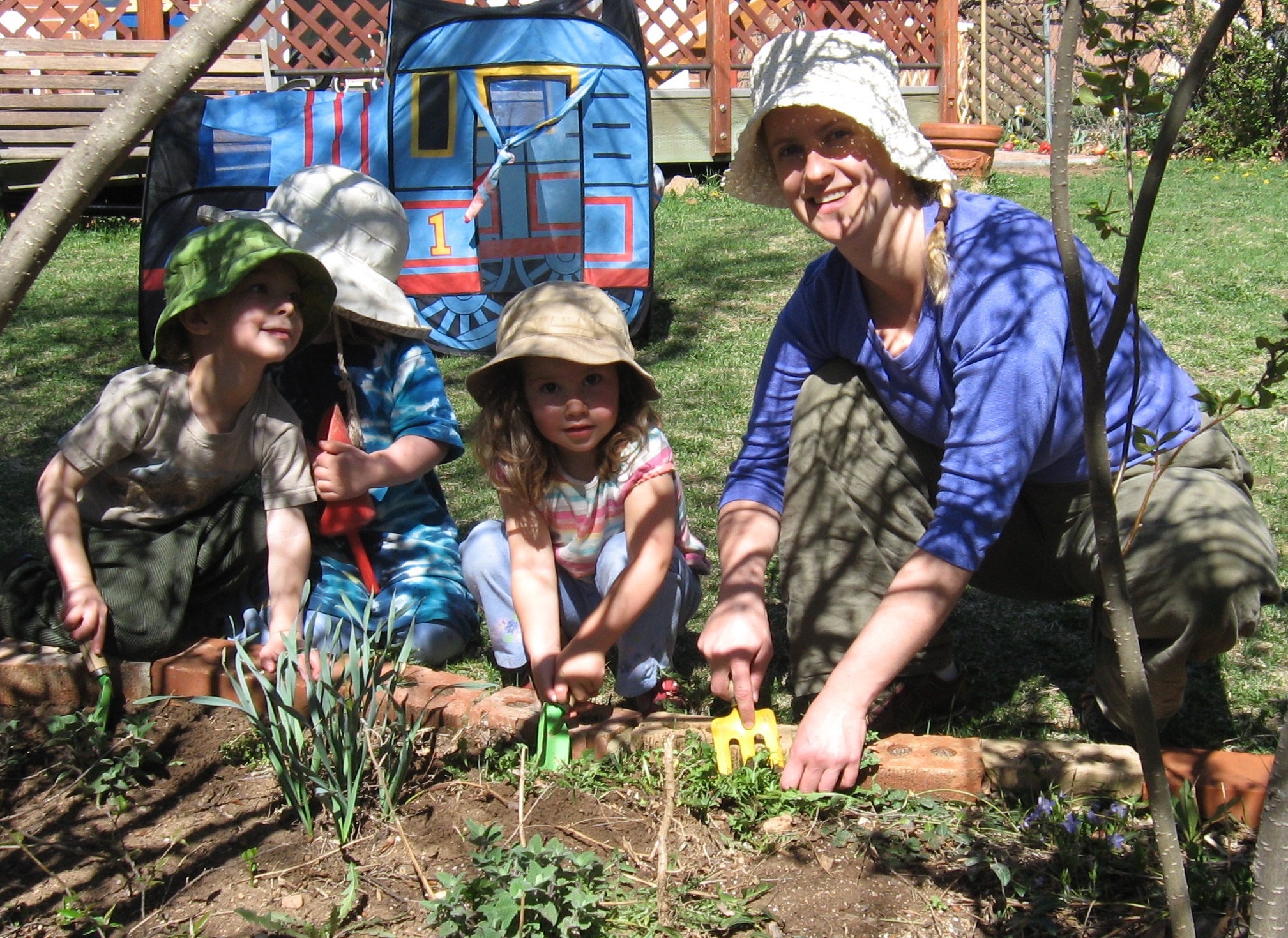 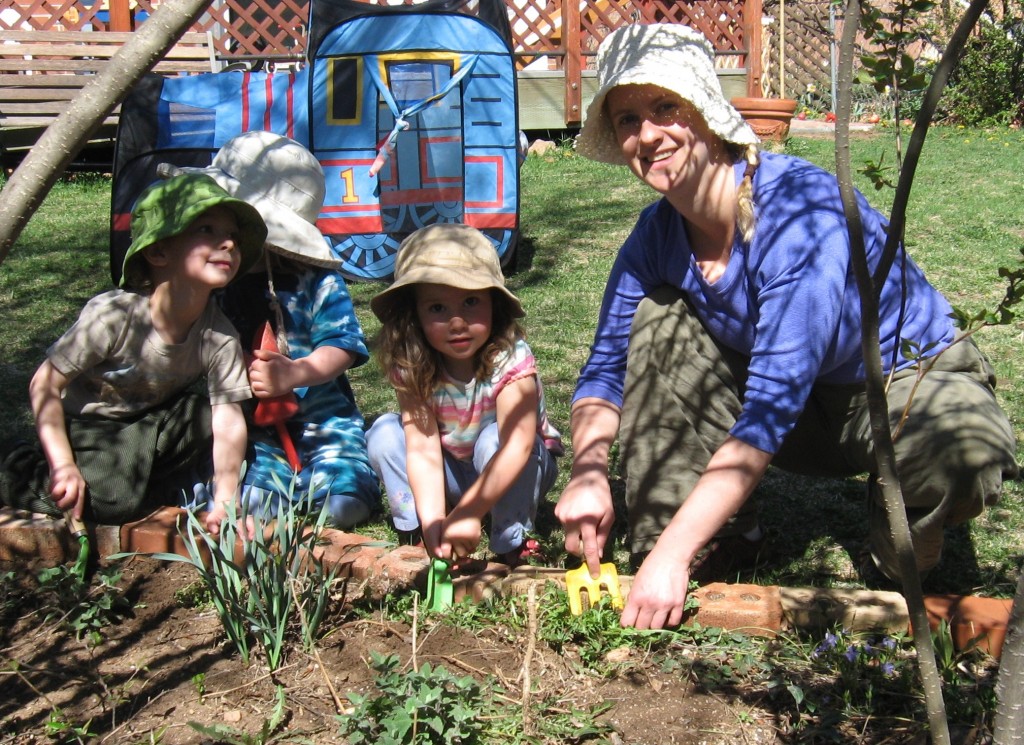 Dear Faith, My 3 year old son seems to be developing issues which I think are linked to sensory integration. He has become a little obsessed about his hands, feet and face. He doesn’t want them ever to get dirty, but he doesn’t want to wash them, either. He’ll even hold them closed, and then they get clammy and he cries about them being dirty. Sometimes he’ll play in the dirt or with rocks, and recently we went to a cabin in the woods for five days and he had a great time. Other times he can’t even stand the idea of dirt and will obsess about it. He wants his hands wiped a certain way, with a towel that’s half wet and half dry, and if he doesn’t get it then he melts down. It’s worse if he’s tired or hungry.

I’ve had several children in my care with sensory integration issues, so I have some ideas for you here, but if it’s really affecting your life you should also consider having him assessed by a professional. I’ve worked in tandem with a couple occupational therapists of children in my care, and some of their suggestions were really great and very age-appropriate. It also is just helpful to feel like you are part of a team, instead of all on your own.

Increase Your Time Outside From what I’ve seen, more time outdoors one of the best things you can do. It seems like your little boy responded to being outdoors on your trip, so start making outside time a large portion of your daily rhythm, as much as you can. Outdoors, the sensations are constant, and varied, but also tend not to be too overwhelming. After a summer of several hours a day outdoors, I’ve seen transformations in several children (one little boy started out balancing on his bottom in the sandbox, so neither his feet nor his hands would touch it…poor little guy!).

In addition, start developing his curiosity around different sensory sensations around his hands, both indoors and out. Play with play-dough or make real bread, make mud-pies, have a jar filled with dried beans that has little ‘treasures’ hidden inside that he can feel around for, etc. If you look up “sensory diet” online I bet there will be lots of ideas. Do them with him, and really notice what the sensations are like, along with him. “Wow, this lotion feels really slippery on my hands. My fingers can slide along each other. That feels kind of funny! It’s not how they usually feel, but I don’t mind.” Acknowledge the differences from normal, and make it OK to experience them.

Develop Balancing Virtues Another thing that can help is the idea of balancing virtues. Your son is actually very observant and experiences things deeply, both of which are virtues! The trouble is, his virtues have fallen out of balance and become ‘too much.’ Instead of trying to squash down his Noticing, think of what other virtue you could strengthen that would balance him out: perhaps Bravery? Curiosity? Patience? If he can notice things deeply but be very brave about it, that could be great. Think about what might appeal to him. If it’s bravery, start telling stories about people who are brave (doing things they were scared of, or didn’t want to), start noticing when others are brave around you, point out when you’re being brave, etc. Once this is developed -don’t push it too fast- you could call on this idea of being brave if he needs to walk across a wet floor, or if his hands are dirty and there’s no way to clean them right away, etc. Give him some skills on how he can be brave (or curious, or patient, etc.): “If your hands are clammy and we can’t wash them, you can just wipe them on your pants.” He might reply tearfully, “It’s not the same. I want them to be clean!” You can look at him compassionately and say, “I know it’s not the same. If you’re very brave you might be able to wipe them on your pants and keep playing, even though it’s not the same.” Some days he might be able to be very brave in this way, and other days he might not. “You’re not feeling brave today? OK. Would you like a snuggle? I have a lap for you, if you do.” Hold your arms out to him. Remember, you’re not trying to shame him into being brave, you’re trying to help raise him up. If he can’t do it, don’t worry, this is a fledgling skill and will take time to develop.

Help him recover when things can’t be how he wants Finally, if he’s very particular about how things ‘have’ to be, help him learn to recover from his disappointment when they aren’t. I like what you’re doing when he asks if his hands are dirty and you say, “Yes, and that’s OK. We’ll wash them later.” You are acknowledging the reality of it, but letting him know through your tone and your words that it’s OK. Children often take their emotional cues from us. But if he can’t be OK with it, don’t be annoyed or disapproving if you can help it; instead, bring humor and imagination. One great way to help children recover from disappointment is by saying Yes in your imagination, then gradually transform the subject: “You wish you could wipe your hands right now, and we’ll do it when we get home from the park. It’s hard to wait, I know! … If we were at home right now, I bet you would just run to the kitchen for a cloth. I’d get it wet, and then help you wipe your hands,” (wipe his hands with yours as you say it, like you would with a cloth, then start transforming the sentiment)…”then we could wipe your nose” (wiggle his nose),” and your eyes” (touch his eyes), “and then we’d wipe your ears” (wiggle his ears), “and then your whole head!” (rub your hand on his hair). “Then I’d give you a big hug, and say, ‘I love you.'” (give him a big hug). Something like this may help him feel like his hands have been washed, so that he can continue playing.

Hugs and warm wishes to you, Mama! It may be that he needs a little extra love and humor in his life right now. Or it could be that he needs something more. Don’t be afraid to ask for help from a variety of different sources.

When You Can’t Pick Him Up
Next Post:Naptime Transitions