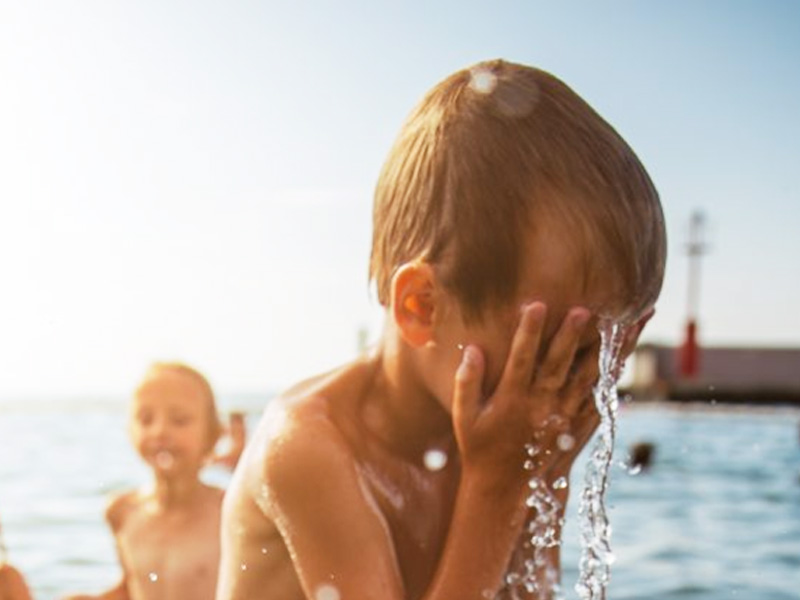 My 2yo son screams bloody murder every time I wash his hair.  I’m ever so slow and careful, but nothing seems to help.  He particularly hates it when water falls into his ears, which is almost impossible to avoid 100%.  It’s gotten to the point where he starts crying as soon as I mention that it’s time for a bath.    Any suggestions you have would be most appreciated. 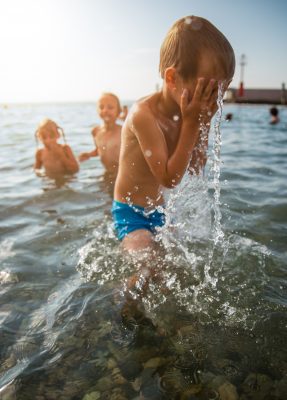 Dear Mama,
When we get stuck in “negative rituals” (where you go through the same steps each time, but the actions are DISconnecting), little tweaks often aren’t enough.  In order to side-step the kick-off of your negative routine, you’ll want to change things up as completely as you can, and make the new experience as connecting as possible.

If your son hates taking a bath, have you thought about trying showers?  My daughter was originally quite scared of the shower but on the day she switched from diapers to underwear (at 2 and 4 months), she decided that she no longer wanted baths, only showers.  She discovered that she could stand outside the flow and back up slowly into the stream, completely controlling her exposure to the water.  I taught her to look up at the ceiling so that the water would flow away from her face when her head reached the water.  She preferred to hold a dry washcloth over her eyes for some added protection.  With that switch, our struggles over hair washing disappeared almost completely.  Is this something you could try with your son?

If you don’t have a shower or your son won’t try it, then how could you change things in the tub so that the screaming doesn’t have to start? If it’s water pouring on his head that’s so hard, how about:

Let Him Be In Charge of Pouring

Find a bath-friendly doll and let your son wash the doll’s hair.  Using a pretend voice, make the doll “cry” and protest.  Your son will likely laugh and may well lecture the doll about how it MUST be done.  This type of role reversal through play can help children immensely.  Gradually, have the doll acquiesce to his ministrations, and eventually perhaps even begin to enjoy it and ask for more water.

Finally, start having your son start pouring water on himself, in play.  Don’t start with his head; have him pour water on his tummy, then his arms, then his shoulders, and finally on the back of his head.  Let this process take as long as it needs to so that he’s comfortable with it, perhaps several weeks or even longer. When he’s finally ready to pour on his own head, offer to hold a dry washcloth over his eyes while he pours on his head.  Have a big pile of dry washcloths by the side of the tub so you always have one available.  Don’t add any shampoo into the equation until the pouring is OK.

While you’re working on shifting the dynamic of your negative ritual, I suggest LOTS more baths, and lots LESS hair washing.  If his hair gets tangly or sticky, maybe it’s time for a haircut?  Keep it short, and it will likely be easier all around.

P.S.  Other parents:  What have you done to help hair washing go more smoothly?

Have you seen my book, Joyful Toddlers and Preschoolers: Create A Life that You and Your Child Both Love?  It’s getting great reviews on Amazon!

Photo by Janko Ferlič on Unsplash

Verbal Apraxia and Motor Planning
Next Post:How To Avoid the Terrible Twos