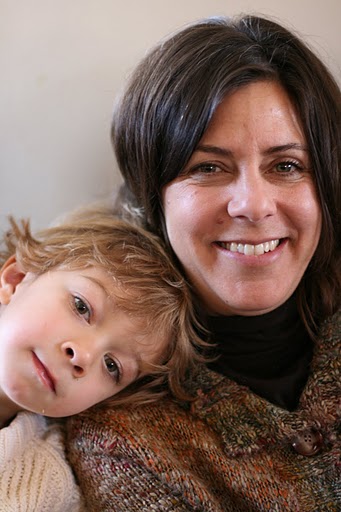 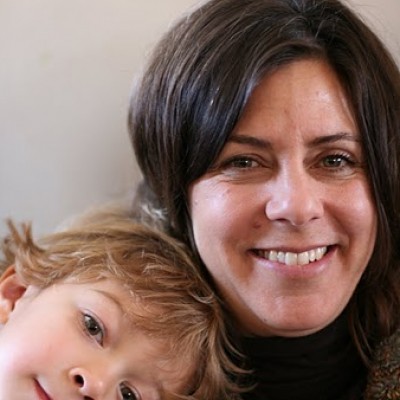 My son turns 3 next month. We have been a family since returning from East Africa 2 years ago. I have been home with him, working during his naps and after putting him to bed. Suddenly and most vehemently he has developed separation anxiety. Even with beloved grandparents. Two weeks ago he was annoyed when I lingered while dropping him off (they have been having once a week visits and he had become terrifically possessive of them). The next week he was suddenly a little nervous, teary, but quickly fine. Last week he shrieked as though he had been handed off to Freddy Kruger. What can we do/say to help alleviate his stress?

Dear Mama,
Thanks for writing! Separation anxiety can come on at any age, and it often comes and goes–I’ve seen it with lots of kids in my play groups. Even children who have been with me for many months, and have a wonderful time every day, can suddenly have a hard time saying goodbye. It usually lasts a few weeks and then dies down again. I think of it as happening at times when children go through spiritual awakenings, when they look around and realize that they are really, truly separate from you.

If it’s possible, I’d suggest limiting your outings for a week or two. However, if that’s not possible, then the absolute best thing you can do is to be loving and reassuring, but confident in your decision to drop him off, and confident that he’ll have a wonderful time with his grandparents while you’re gone, even though saying goodbye is hard. When children are suddenly scared/overwhelmed, having a solid, sure, secure-in-their-knowledge-of-what’s-best parent is the greatest gift you can give. Having you be ambivalent, or changing your mind at the last minute because of his big reaction, only tends to make matters worse for everyone. I’ve seen it dozens of times! I’m not sure exactly why this is, but I have two ideas. First, I think it’s because it gives children the message that perhaps they’re right, and they ARE actually unsafe being left behind. What a horrible confirmation of all their fears! Second, I think it gives children the message that they are in fact the ones ‘in charge’ of everything. At a time when they’re feeling unsure of the world, and unsure of their own identities, and unsure of their relationships, the last thing that children want is the message that they must be ‘in charge.’ Instead, let your child know that he is safe, that he is loved, that you are in charge, and that you will always come back.
I realize that this may be extra hard for you, since you’ve brought him home from East Africa and have been working so hard on letting him know that he’s safe and secure. You’ve been doing a good job! This is all part of growing up, on his part. Part of continuing to let him know that he’s safe and secure is by feeling your reassurance radiating out from you, that even though saying goodbye is hard, you know he’ll have a wonderful time without you, and you’ll be glad to see him when you get back.
Another thing you can do at his age is to tell him a story about another child (perhaps an imaginary child, perhaps you when you were little?) who never wanted to say goodbye to his mother, who was so sad and would cry and cry when she said goodbye. Perhaps something like this?

Feel free to use that story, or make it relevant to your own lives. Children love hearing stories like this! Don’t be too heavy-handed about “Now, you can be like Johnny and stop crying when I leave;” this just makes it feel like you’re being didactic and pushing him away. Instead, just let it soak in and rest confident in knowing that it’s working its magic inside. And let it work on you, too!
Warmly, ~Faith Collins
Category: Childcare GroupsTag: independence, storytelling, transitions, Your 3 Year Old
Previous Post:

19 Month-Old Hurting Others
Next Post:Holiday Celebrations with Toddlers