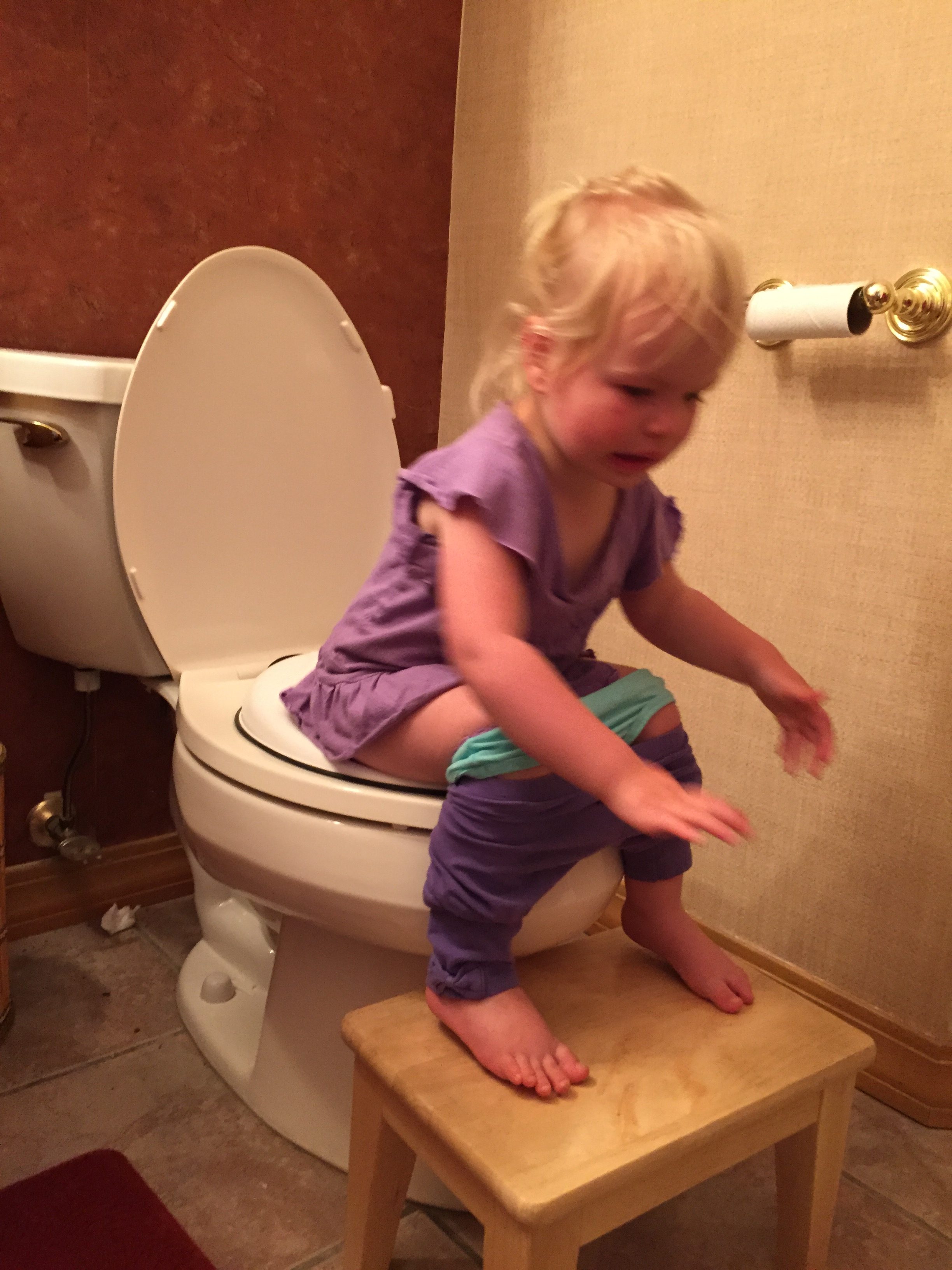 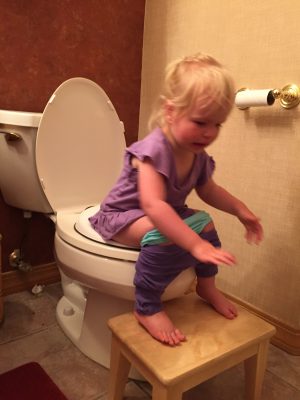 Is your three-year-old insisting on diapers?  Take the struggle out of potty training with this proven technique.

Our son just turned three and we are having major issues with the potty.  He was almost potty trained at 18 months but we didn’t “pull the trigger” because a new baby was on the way.  Now it is a struggle to get him to even sit on the potty.   I’m afraid we are in a horrible power struggle. He never tells us when he has to go, although he obviously knows and if I can get him to sit, he will go.  We’ve tried stickers, getting excited, silly songs, promises of spending the night at Nana’s…I hate bribing and he isn’t going for it anyway.  Any advice would be much appreciated.

Dear Mama,
Normally-developing children are fully capable of independent pottying by age 3, so any issues tend to be emotional rather than physical.  If your son is not “going for” the excitement that you’re trying to generate, you could try going the exact opposite route.  Just get rid of diapers (night and/or naps are still fine) and let him know that he needs to keep his underwear dry.  Remind him periodically that when he needs to go he can go in the potty, but don’t ask him if he needs to, don’t take him to the bathroom (unless he asks for help or company), and just let him be the one in charge of everything, except the fact that he is now three and needs to wear undies during the day.

When he has accidents, everything is very matter-of-fact and he just goes and changes his clothes, putting his soiled clothes in the hamper.  Have him do as much of it by himself as he can, without making it into a power struggle.  The parts that you help for, be relatively deadpan.  At this age, children will usually realize fairly quickly that going in his pants is a hassle that takes him away from his play, and it’s not getting him any “rewards.”

When he finally does decide to go to the potty, you can play it by ear whether he will want positive attention and excitement, or whether it’s all totally not a big deal, just something that he does.  Often children who have resisted excitement will prefer the latter.

I have seen lots of three-year-olds who do just great with this technique.  It takes all of the power issues (of doing something because mom wants him to) out of it, and it makes it into more of a practical matter than an emotion-laden one of success/failure.  Put aside your anxiety.  Let go of the idea that your child has to be excited about potty training in order for it to be successful.  Get yourself and your complex emotions out of the way as much as you can, and your child can master the physical skill of pottying quite quickly.

Because your son prefers to go in a diaper at this point, he may well ask for you to put one on him when he needs to go.  Just let him know that now that he’s three (or now that he’s big, or since it’s winter, or whatever explanation you give), he wears undies like everyone else and it’s just the way things are.  If that’s upsetting you can be compassionate, give hugs, use humor.  One thing that can help is if you keep doing diapers for nap/bedtime, get a different brand than you’ve been using, and let hime know that they’re “sleep diapers” and only for sleeping in.

Do you think this might work for your little guy?  Be prepared for several days of accidents, but some children really surprise you once you take the plunge.