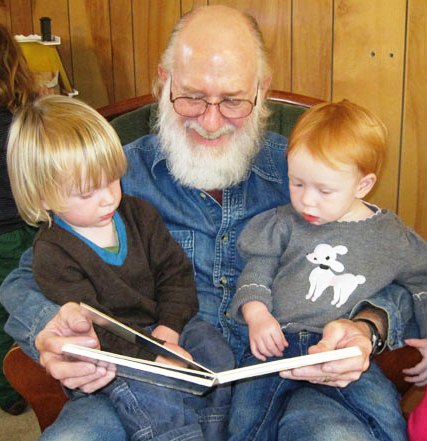 Dear Faith, My little boy is intense and sensitive in how he loves people. My mother was in town for 2 weeks, and we took her to the airport to send her off together. I took my son with her to the gate and showed him that she was leaving and going back to her home. He didn’t fully acknowledge it (he is 2.5) although I know he is capable of doing so. Afterwards, he started becoming increasingly aggressive, defiant and spacey. He is pushing, hitting, throwing food and finding it funny…both and home and at his preschool. He refuses to sit at the dinner table to eat and whines and cries the entire time at every meal. I am assuming he doesn’t know how to communicate that he misses grandma, and doesn’t understand what he is feeling. I am not sure how to help him with this. Hope you have some insight.

Your poor little boy! How hard for him to form such strong bonds with Grandma, only to have her disappear. For someone who is intense and sensitive, having a grandparent disappear after settling into his life and his heart can feel like abandonment or even a death. My suggestion is to really let him know that Grandma is still alive and well, and still loves him, and to incorporate her into your lives as much as possible.

Keeping Grandma in your Lives First of all, be sure to talk about Grandma and how much you guys love her. Reminisce about her visit, but also talk about her at her own house right now. “We’re having spaghetti for dinner tonight. I wonder what grandma is eating at her house? Maybe chicken? She loves chicken.” This way it’s not so much like she dropped off the face of the earth. She’s still there, at her own house, eating her own dinner.
Make her a real part of your lives: put a picture of her on your fridge, and you guys can wave to the picture and blow kisses to her through it. Write the “story” of her visit and make it into a picture book (don’t worry if you’re not a great artist, even stick figures are fine), that you and he can look at and read together whenever he wants. Have him draw pictures to send her, and let him dictate a message that you write on the picture–these can be hilarious. Let him help put it in the envelope, put the stamp on, address it, put it in the mailbox. At night, do a special ritual where you say goodnight to everyone he loves: mommy, daddy, grandma, his preschool teacher, and anyone else. Set your mom up on skype and do video calls with her. Make a special gift for her for Mother’s Day. In these ways, she can still be a part of his life even though she’s not physically present. He’ll know she’s still around, and she still loves him, and he’ll be excited to see her the next time she comes.
Behavior Challenges As for his behavior, there are often big changes at two-and-a-half even without a trauma like ‘losing’ grandma, where they need more structure and (positive) challenges in their lives. So doing projects like I described above, that take work and dedication, should help with those things, too. Have him start helping with more things: when you get back to the grocery store, give him a bag of groceries to carry into the house. Don’t let him drop it at the door, but have him take it all the way into the kitchen. You’re holding him to a higher standard, but you know that he can do it! If you’re getting the mail from the mailbox and he drops it halfway down the driveway when he gets distracted, don’t pick it up for him: call him back. Giving him small challenges and helping him follow through will help him take this new ‘big kid’ energy and put it to good use, instead of using it to be disruptive.
And good luck! Give him lots of hugs and kisses, and smile into his eyes when you’re enjoying his company. This too shall pass.
Warmly, ~Faith Collins
Category: Harmonious Home LifeTag: grandma, saying goodbye, transitions
Previous Post: