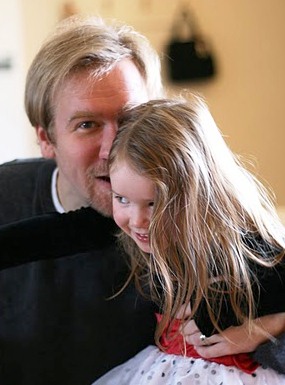 Dear Faith, My daughter is four years old. She never went through the terrible 2’s and the 3’s have been fun until now. Lately everything she says is in a demanding tone of voice. It has been a real struggle. I’ve been helping her speak in an acceptable tone of voice by rephrasing everything she says for her, as you’ve suggested on your blog, and this has been working really well. She immediately changes her unpleasant tone to a pleasant one by mimicking me. Also, I have been praising her when she speaks in a pleasant tone of voice on her own. Is there anything else you would suggest doing?

It sounds like you’re well on your way, and with consistent (and patient) rephrasing on your part, she’ll move through this phase and be done with it. The only other thing I can think of is to try and speed the process up just a little bit by planting the seed of the idea that she might choose that tone of voice on her own.

Say she whines about something that’s frustrating her, and you say, “You can say, ‘Mommy, will you please help me?'” She repeats it in your tone, and you respond as if she’d said it on her own: “Yes, I’d be happy to help.” Wait a beat, or even start helping her, then look over to her and say, “You know, someday I bet you’ll be able to ask in a friendly voice all on your own.” That’s it. Don’t go on about it, don’t expect it from her, just plant the idea that she can do it on her own.

Other times, you might plant the idea more subtly. Say she wants something, and asks for it in a whiny voice. You repeat it in a nice tone, with a please, and she imitates you. You might say, “Yes! I’m happy to give you some crackers when you ask so nicely like that.” Eventually, when she wants something, she may think about doing that on her own initiative. Of course, you can’t always give her what she asks for even when she asks nicely, so if she does ask nicely for something that’s inappropriate, you might say, “I love how you asked me so nicely, but we’re not going to buy any candy today. Maybe you’ll get some candy like that for your birthday. Would you like that? What kind would you choose?” (You’re saying yes in imagination, letting her know that you’re not saying no to her desire).

Since she’s four, it shouldn’t be too long before she can remember how you’d prefer her to ask for things, if you remind her. Once you think she’s at this point, let her come up with the words and the tone on her own. She makes a demand for something, and you might say, “How could you ask more nicely?” or, “Why don’t you try asking again, in a way that makes me want to say yes.” If she can’t come up with it on her own, go ahead and give her the words and the tone to imitate, the way you’re doing now. When suggesting that she ask again works pretty smoothly, you’ll get to the point where if she whines about something, you might be able to just cup your hand around your ear and look at her expectantly, and she’ll rephrase on her own without any more prompting.

Of course, you wish that this could all happen more quickly than it probably will, but be patient. Putting in the work on tone of voice now, will enrich your time together for years to come. It’s definitely worth it.