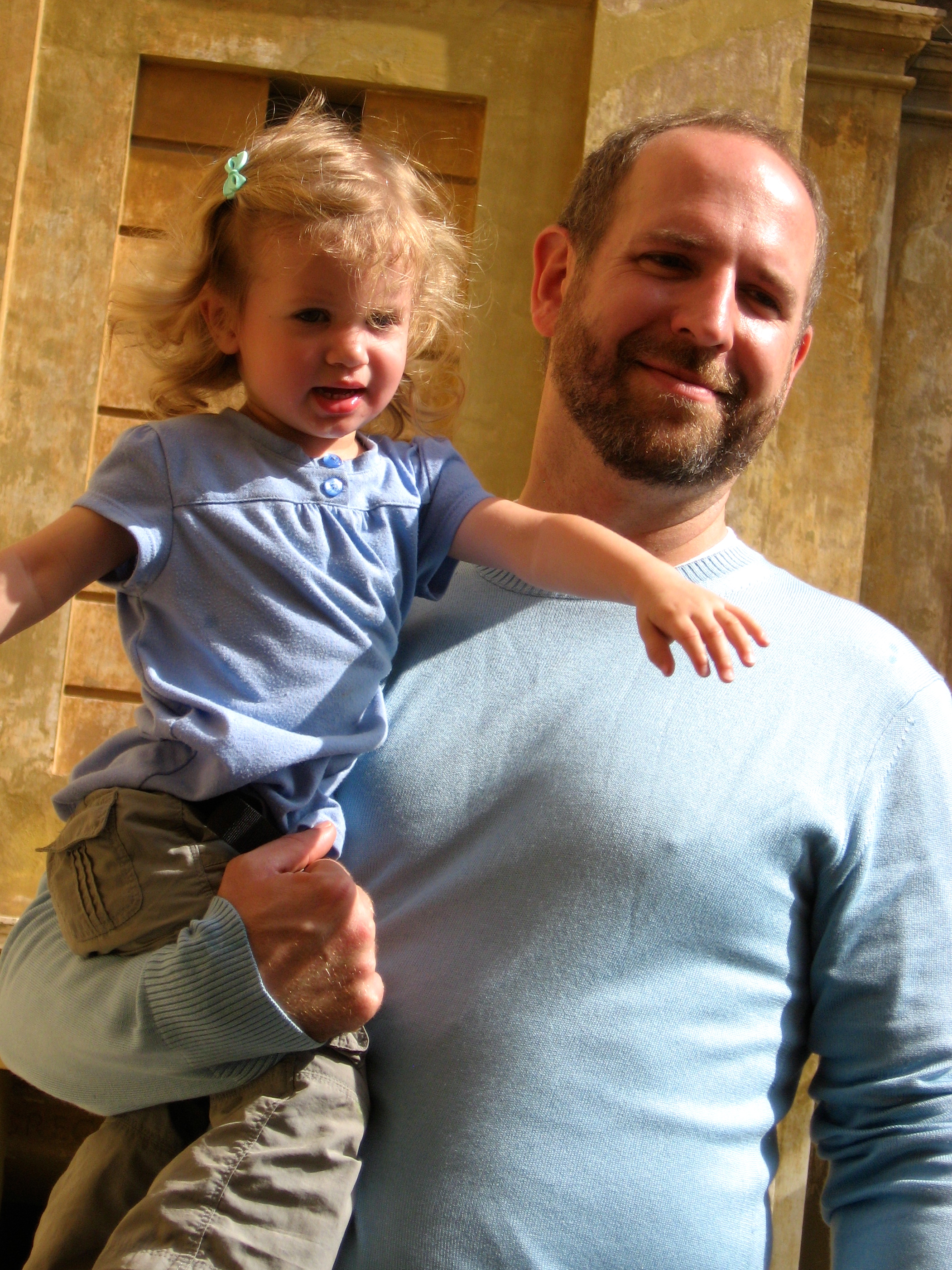 Recently our daughter has been hitting dad, blowing raspberries at him, and generally being disrespectful.  It seems totally random; she’s often no upset and sometimes even laughs when she does it.  He reprimands her but it doesn’t seem to make a difference, and it’s really starting to upset my husband.  What do you think could be going on?

Dear Mama,
When one-year-olds hit and laugh, or blow raspberries, most of the time they’re not trying to be disrespectful, they’re trying to invite you to play!  That’s why they seem so confused when they get a reprimand instead (and why they try again later).  Your husband can test whether this is what’s happening in this way: the next time she hits him randomly, can can say in a fun, playful voice, “What?!?!? Do you want to play??? Come here, you!” and he can pick her up and swing her around in a circle, or hang her upside-down, or throw her up in the air.  If she laughs in delight, then she’s been asking for play.  In that case, what’s needed is to teach her how to ask for rough-housing play in a more acceptable way.  How could she ask instead?  If she’s verbal enough, maybe she could say, “Up!”  If she’s not that verbal, could she pull on his hand?  tug on his pants?

Whatever he chooses, he should be consistent in letting her know how to ask appropriately.  So the next time she hits him, he could say, “You want to play?!?!  You can say, ‘Up!'” or, “You can pull my pants, like this!” and he can take her hand and help her grasp the leg of his pants and tug gently.  “Yes, that’s it!  OK, come on, you!!!” and he swings her up.  While she’s in this process of learning the new way of asking, he should make sure that he ALWAYS responds positively and gives her some rough-house play whenever she asks for it in the appropriate way.  Pretty soon, she should be able to get the hang of it.

On the other hand, if Dad picks her up and swings her around and she gets upset, then she wasn’t asking for fun.  In that case, he could set her down, look at her with interest and say, “What are you trying to tell me?”  I know that 19 months is too little for her to have much to say, but we can often tell more than we’d expect when we pay real attention (instead of just getting mad); other times all they really needed was interest and a hug.  “Oh, you just need a little loving?  You don’t have to hit me for that!  You can just say, ‘Hug, please.'”  And give her a hug.

And what about when your daughter DOES hit because she’s mad?  Say that Dad has just taken something dangerous away from her, and she hits him in anger?  In this case, Dad could respond by getting sad, rather than getting mad.  If she hits him in the arm, he might say, “Ow!  Oh, that hurts my arm!” Then he could gaze sadly down at the “injured” arm and stroke it kindly.  After a moment, he might look up at her and say, “You wish you could have kept that dangerous thing?”  She does.  “I get that.  But it hurts my arm when you hit it.  Can you show me how you can touch me gently, instead?”  He strokes his arm to show her how to touch it gently, and perhaps guides her arm gently to his to let her stroke it gently as well.  “That’s better.  My poor arm.  (pause)  Now, let’s find something else that’s fun to play with.”

Remember, kids this age are just learning how to communicate with others.  When Dad can respond to her underlying messages and THEN teach her how to ask for what she wants appropriately, then she can grow into communicating effectively.